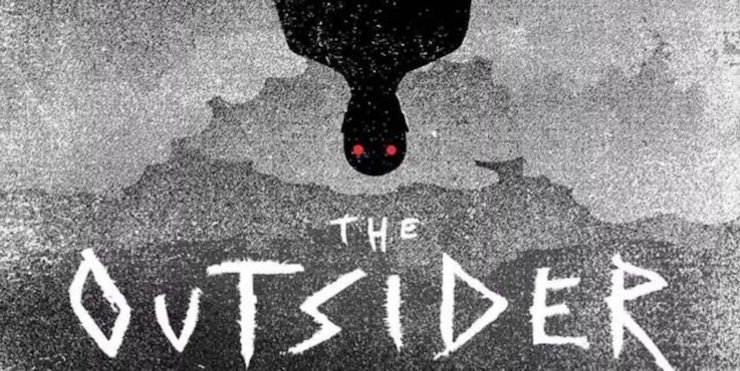 From the Back Cover

An unspeakable crime. A confounding investigation. At a time when the King brand has never been stronger, he has delivered one of his most unsettling and compulsively readable stories.

An eleven-year-old boy’s violated corpse is found in a town park. Eyewitnesses and fingerprints point unmistakably to one of Flint City’s most popular citizens. He is Terry Maitland, Little League coach, English teacher, husband, and father of two girls. Detective Ralph Anderson, whose son Maitland once coached, orders a quick and very public arrest. Maitland has an alibi, but Anderson and the district attorney soon add DNA evidence to go with the fingerprints and witnesses. Their case seems ironclad.

As the investigation expands and horrifying answers begin to emerge, King’s propulsive story kicks into high gear, generating strong tension and almost unbearable suspense. Terry Maitland seems like a nice guy, but is he wearing another face? When the answer comes, it will shock you as only Stephen King can.

Hands up those bored of Stephen King? Not many of you, I guess.
I’ll be honest–I’m getting a little bit jaded with the world-famous author. In particular, the made for TV movies and television shows based on his works. I sat with a fixed grin through crap like Under The Dome and The Mist trying to convince myself it was good, but knowing deep down what I was seeing was terrible. To make things worse, there are seemingly more shows on the horizon, an endless conveyor belt of Stephen King TV.
Then there’s his recent collaborative phase in the world of literature. I would say Sleeping Beauties (with son, Owen King) was a poor piece of writing, but I never finished the audiobook. I got about eleven hours into it and gave up. Gwendy’s Button Box (with Richard Chizmar) was better (I loved the cover artwork for the first edition) and was billed as ‘the return to Castle Rock’ but still pales in comparison to Cujo, The Dead Zone, or The Dark Half. A box with magic buttons that helps you lose weight. Really?
A cynic might say he’s trying to get as much as possible out there while he still can.
This brings me to his latest novel The Outsider (Scribner/Hodder & Stoughton) which I consumed with Audible. A friend, who was listening to it at the same time asked me what I thought after a day. I said it was the best King novel I’d read since 11/22/63 (a personal favorite), but maybe I was a little premature. Detective Anderson investigates the murder and buggery of a young boy; his prime suspect is all-round-good-guy Terry Maitland. The evidence is overwhelming, but proceeds take a turn towards the strange when video and eyewitness evidence places Terry in a completely different location at the time of the murder. Could something supernatural be involved? Is it a doppelganger?
Initially, I thought the story was fantastic, mysterious and tense. Stringing you along from twist to turn to twist again. It was paint-by-numbers classic King up to that point and maybe that is why it duped me. It kind of goes off the boil when a familiar character from the recent Stephen King universe shows up and the investigation delves into the paranormal and Mexican folklore. You can never compare modern-day King to the King of the seventies and eighties, but the antagonist in the story is a little drab and not a patch on Pennywise, Randall Flag or even Annie Wilkes.
The Outsider isn’t that scary as a character.  I know less can be more in the genre of horror and ghouls work better in the shadows, but we rarely see the monster here and when we do he is a bit of a disappointment in this writer’s humble opinion.
Stephen King’s latest outing showed a great deal of promise, and to be fair; it is a very good read by any other standard. It’s just King is very much a victim of his own legacy. Like the Outsider himself, this book is too much bark and not enough bite.
-Gary Buller
The Outsider is available on Hardback, Paperback, E-book, and Audiobook at your favorite online or in-store retailers.

Gary Buller is an author from Manchester England where he lives with his partner Lisa, daughters Holly & Evie and dog Chico. He grew up in the Peak District where the hauntingly beautiful landscapes inspired him to write. He is a huge fan of all things macabre, and loves a tale with a twist. He is a member of the Horror Writers Association.
You can find Gary on Twitter at @garybuller and be sure to catch him on his podcast, Horror: with Marchese & Buller! https://www.youtube.com/user/wcmarchese