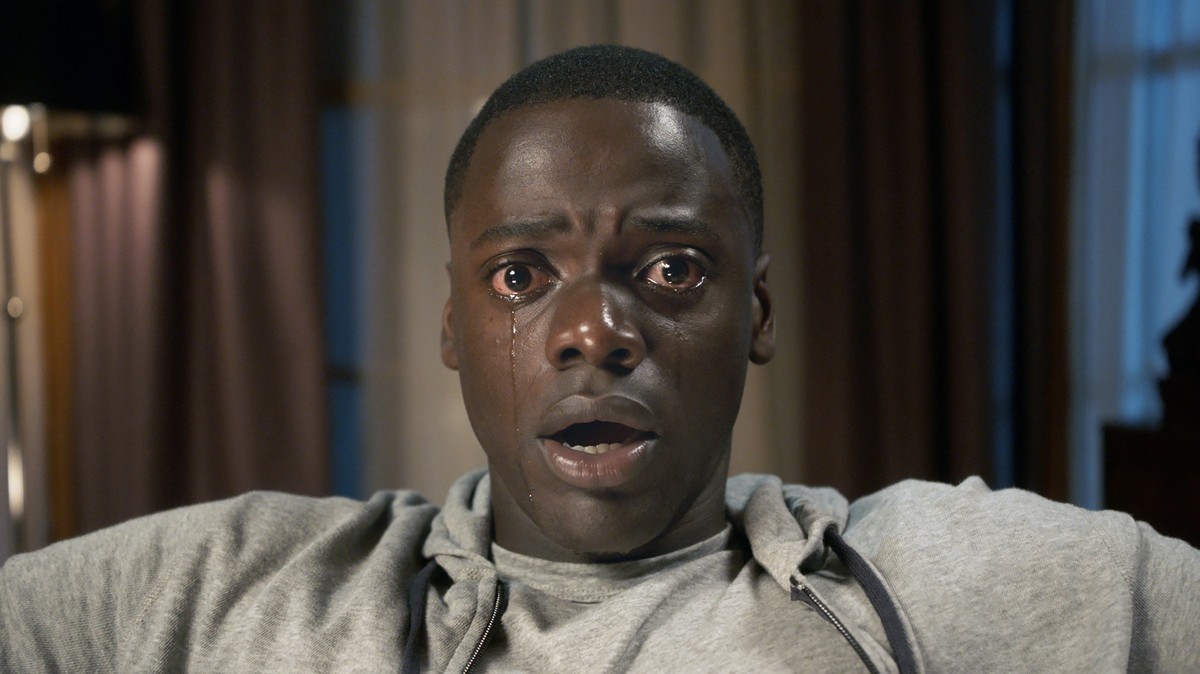 It’s time for a young African American to meet with his white girlfriend’s parents for a weekend in their secluded estate in the woods, but before long, the friendly and polite ambience will give way to a nightmare.

What was the big deal with Get Out? A movie written and directed by Jordan Peele, staring: Daniel Kaluuya, Allison Williams and Bradley Whitfod.

The story is about an African American man going to meet his white girlfriend’s family and the horror that ensues makes you think twice about having trust for just about anyone.

This was a hard review, and I questioned if I was even going to try and tackle it. But I did, and it wasn’t as hard–once I started writing it–as I thought.

It starts out good, though there were the cliched parts with the “white” “black” bits.

This ambiguous dialogue goes into another direction towards the middle-ending of the movie, so sit tight.

See. I get what’s going on in the world. Tensions are high between races, and the rich and poor, etc. However, it is important to keep in mind there are many different people out there, many different points of view. Different backgrounds, different ways of thinking from how people were brought up. Life is not just black and white and what you see on television, there are shades of grey.

I thought this was going to be one of those movies that try to shove someone’s views down your throat in a really intelligent way. Still intelligent and well put together, but this was not the case with Get Out. At some point you realize there is a different direction the movie is going that transcends the race issue. Even though it does play a big role in the movie. It’s about the elite and what they can obtain at their whim.

Allow me to explain. And what I’m about to explain shouldn’t ruin the movie for you–I will be as vague as possible. No spoilers.

There was a path I thought this movie was taking from a point close to the beginning. Thought it was going to be one of those movies like The Sixth Sense–you know, some profound twist that you’re like whoa! But it didn’t go in that direction. And I blame that thought process of mine on the way people described it to me before I saw it for myself. Same with movie reviewers.

The movie is what it is, face value, and that’s fine. Get Out is a great, original horror movie. One which I enjoyed. There were some parts, like a lot of horror movies, that couldn’t be explained. But that’s fine, as well. You can’t explain everything away. Otherwise it will be too detailed, and that can be detrimental to the believably just as much as too little detail.

I really thought, from all the hoopla heard from people on social media and friends, that this movie was going to be some kind of mind blowing epiphany. It wasn’t that. But it had a great story line and, as I said before, a really original idea.

That being laid out: Watch this movie. It is very good and very entertaining. I recommend it. Just don’t go thinking it’s that miracle horror flick. That will ruin it for you. And don’t listen to others. Make up your own opinion.

You can watch on Netflix, Redbox, Google Play, iTunes and Amazon Video +.