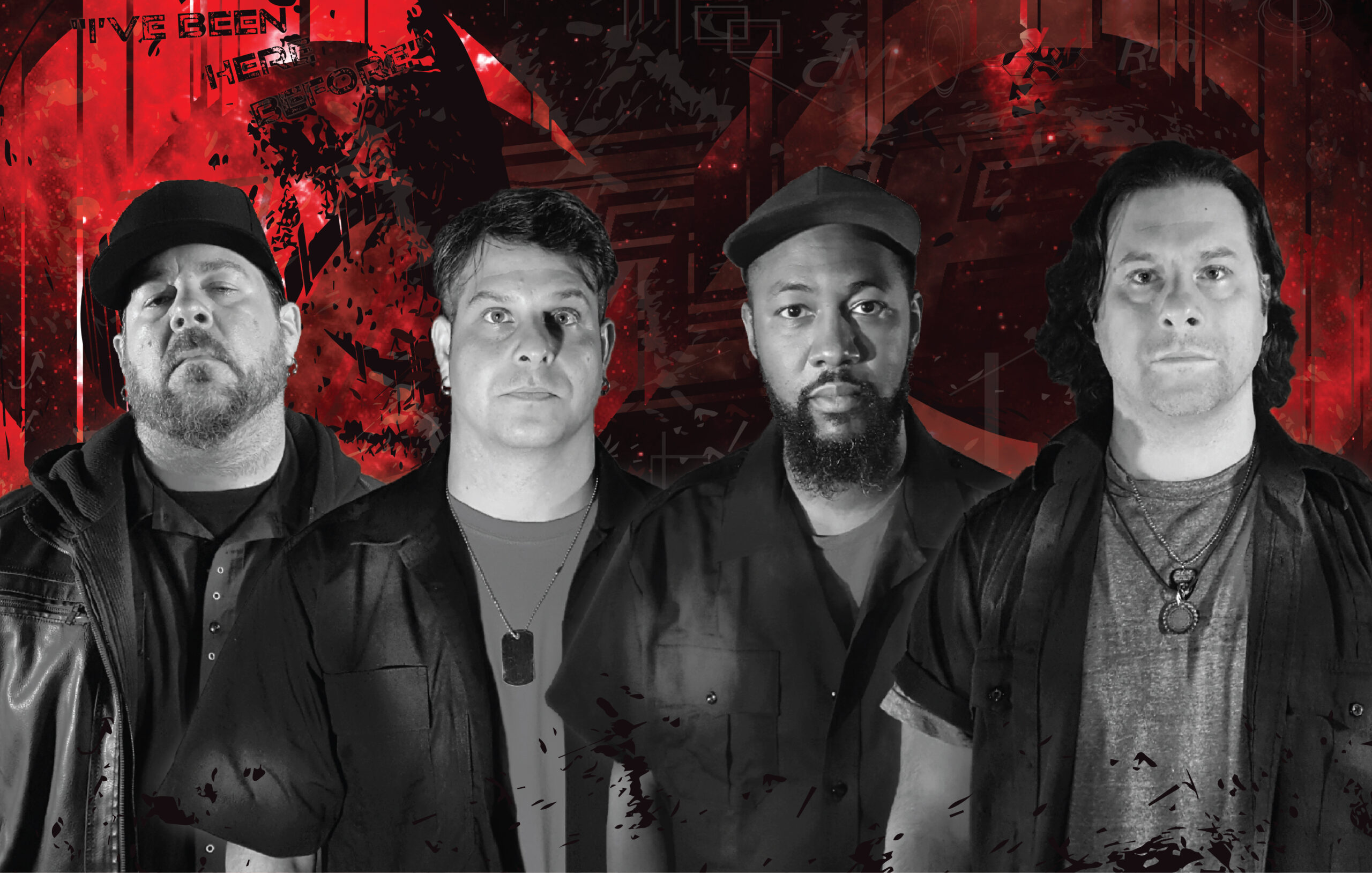 I recently had the chance to catch up with the award winning, legendary writer/rockstar, Ronald Malfi about his writing and VEER’s new single, “Red Tide”. I first interviewed Ronald in July of 2018 for Aphotic Realm’s Dystopia issue. He was such a pleasure to talk to and I was beyond excited to sit down with him this go around. Since the last time we spoke, he’s been a busy guy!
Dustin Schyler Yoak: Welcome back Ronald! First of all, congrats again on all the success of VEER’s debut album. I’m really enjoying your new song! Can you describe what your creative process was like for “Red Tide” and how things might have changed, any challenges you faced because of COVID or 2020 in general?
Ronald Malfi: We wrote “Red Tide” in January, performed it once at a show, rushed into the studio in March to cut it…and then the world went to hell. We had the drums done but needed to layer the instruments. Ordinarily, that’s a few days’ work. With the pandemic and quarantine, that stretched to several long months. We were antsy and anxious and just wanted to get it out there–this was one of a handful of songs we’d been working on for our new album and we were hungry to get the material out there. It seemed like a terrible way to write and record music, but as it turned out, it afforded us a lot of time to think about the song and work on it. So in a way I think it’s better than it would have been if we’d recorded it all in a week and pushed it out the door. It’s much more nuanced now, much more mature for the thought we put into it. The video is the same way. We initially had all the grandiose concepts for the video, but because of social distancing, we eschewed all of those ideas and went with the simpler concept that became the current video, and I think it works wonders. It really fits the song, and the whole groove of the band.

DSY: It really does! Superb job all around. Now that you’ve released this new single, what’s next on the horizon for VEER–aside from world domination?
RM: We’re going to continue to work on new material. We’ll be releasing additional singles in the next few months, getting songs out there to the fans, while working on other songs. Eventually it’ll be back to the studio, probably in the spring or early summer. With any luck, we’ll have another full length album released this year. That sounds daunting even just saying it, given how things have been in 2020, but that’s my hope.
DSY: For sure. Good luck with that, I’m definitely looking forward to it! So Ron, congrats on Mr. Cables! What’s new on the writing front? Is there anything our readers can look forward to once they tear through your latest?

RM: Thanks, Dustin. I’ve been so pleased with the reception toward Mr. Cables. It’s a creepy little novella that I kept tweaking for a long time before I felt it was ready to be published. Next for me will be the release of my newest novel, Come With Me, from Titan Books in July. I am so psyched about this one, and think it’s really going to appeal to folks who already like my work as well as those who have been tempted to try reading my stuff. It’s a very accessible novel, in other words, and I couldn’t be happier that we found a home for it over at Titan. They publish some wonderful books. So keep an eye out!
DSY: I can’t wait! Thanks for taking time to chat with me!
“Red Tide” is available on all streaming platforms and you can checkout the music video here.
If you haven’t read Ronald Malfi, you’re missing out! Grab something of his, like Mr. Cables, Bone White, or Little Girls and give it a read!
Keep an eye out on Titan Books for further announcements about Ronald’s upcoming novel, Come With Me.
Follow Ron on social media:
Twitter: @RonaldMalfi
Facebook: @Ronald.Malfi
Website
Follow VEER on social media:
Twitter: @VeerBand
Facebook: @VeerBand
Website
Until Next Time!
Stay Strange,
-Dustin