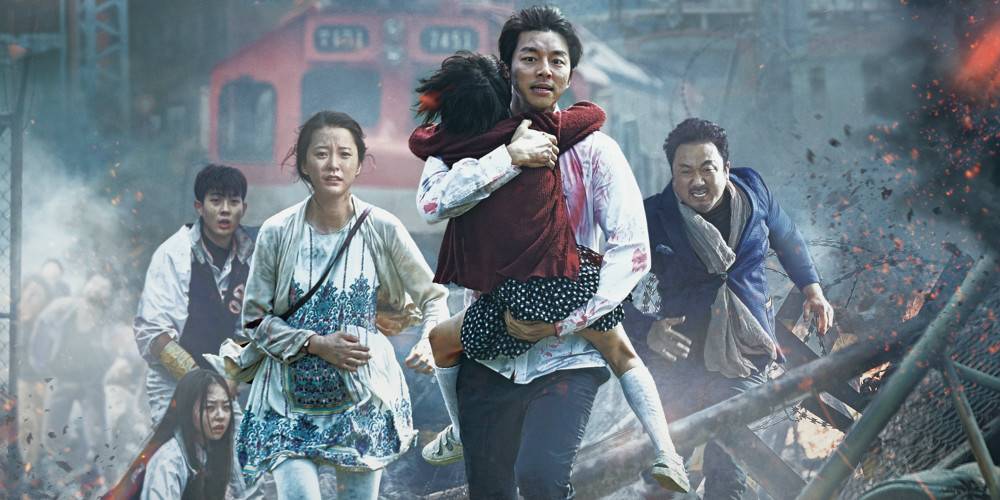 While a zombie virus breaks out in South Korea, passengers struggle to survive on the train from Seoul to Busan.

Has this movie revitalized zombie movies? Or is it just that, another zombie flick?

Well, the differences Train to Busan, directed by Sang-ho Yeon, staring Yoo Gong, Su-an Kim, Yu-mi Jung and Dong-seok Ma are in the nuance and intricacies that come from it being a foreign movie. Then there are also the heartfelt moments towards the end. The characters are sturdy and have been built well. They do what they are supposed to.

When you have a movie that’s tackling a trope such as zombies, there is the main subject, being the zombies, then there is the story-line that runs alongside to show you that subject. You are seeing that subject through a snapshot of life as it plays out–from that perspective.

It could be a man who works so hard and has no time for his daughter and has to take her to see the mother, as in Train to Busan, or it could be a whole bunch of individuals who are trapped in a house fighting off the undead, as in the original Night of the Living Dead. R.I.P. George Romero. The thing that makes or breaks the movie isn’t the fact that you are revisiting the zombie thing, but how you do it.

Then there is going at it from a different angle. Busan doesn’t necessarily deviate from the trope of zombies, or bring anything fairly new to the game. It puts together, however, an entertaining story, and does the zombie action and sense of dread very well.

The ending is very heartfelt, something missing in a lot of horror movies these days–making it feel real. Horror needs that injection of realism to make it a genre that is taken seriously once again.

All in all, this movie proved to be greatly entertaining. Certainly deserves all the praise that has been said about it.

I recommend you see it.