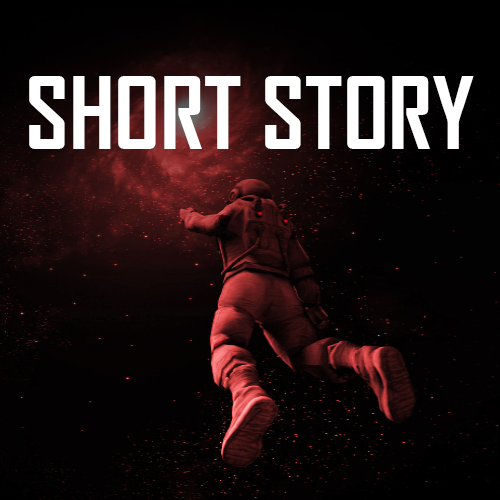 Dreams of Metal by Radar DeBoard

The blaring alarm shocked Devon from his sleep. He slammed his hand down onto the alarm. Sweat poured down the sides of his face and hands. It was the same awful dream that had plagued him for the past week and a half. The sound of metal scraping upon metal overpowered any other noise that was present in the dream. He could still feel his dream counterpart’s desperation of running through a maze of scrap and junkyard metal piled into mountains.

Devon shook his head, trying to get the image of the dream from his mind. He stumbled out of bed and into the bathroom. Devon took several deep breaths as he splashed his face with water and brought his gaze up to his own reflection. That’s when he noticed the sizable zit that was sitting in the middle of his left cheek. Of course I have a zit, he angrily thought to himself. He prodded his fingers around the area trying to find the best way to pop it. I’m over thirty and I’m still popping these.

He took a deep breath and squeezed which caused pus to explode onto the mirror. Through gritted teeth he cursed and grabbed some toilet paper to wipe it off. Devon noticed he was bleeding a bit and took another piece of toilet paper and pressed it against his cheek while he cleaned. When he was done, he went to throw the tissue away, but something caught his eye. On the piece he had used on his face he expected to see blood, but instead all the spots were black. He looked closely at the popped area on his face, but there wasn’t anything wrong, so he shrugged it off.

Devon made his routine as expeditious as possible, but the zit popping threw a wrench in his routine. He quickly regained his rhythm and was ready to enjoy breakfast in less than fifteen minutes. He grabbed a bowl of cereal and proceeded to devour his simple meal. Several spoonful’s in he bit down on something hard. In a kneejerk reaction, Devon spit whatever it was out of his mouth and directly into the cereal bowl. He stared down at the object for a moment and then scooped it out. He looked, with absolute bewilderment, at the metal bolt that lay on his spoon.

Damn off brands, he thought as he dumped the remainder of his cereal down the drain. With breakfast ruined, he decided to head off to work since he was not having a good morning. Devon’s luck seemed to be looking up as he was able to snag a seat on the busy subway. A slight itch began to tingle on his left arm. He scratched the spot hoping it would go away. Yet, he found as he put his right hand by his side that the itch was still there. Unable to fight the impulse, Devon scratched at the spot for the rest of the trip.

As he walked the four blocks to his office Devon began to feel a little queasy. By the time he had reached his building he had, what he believed, the beginnings of a fever. He told himself he would leave work early as he was pushed into the back of the elevator by a large group of coworkers. Once he had reached his desk he immediately threw himself into his chair. He felt so much worse than just a few minutes before. Cold sweat was pouring down the back of his neck. His stomach turned over and he thought he might throw up.

Devan shot up and bolted for the bathroom and threw himself into the nearest stall. Riddled with intense anxiety he waited for whatever was going to come out. His hands clenched the toilet with all their might as the first wave of contents rocketed out of his mouth. He let out a few sharp gasps before the next wave of bile left his mouth. His face hovered over the bowl for several more seconds waiting to see if anything else was going to come up. After several seconds reprieve he shakily wiped his lips and stood up. His hand lingered on the lever to flush his mess away.

Devon noticed something strange floating in the bile. He peered down at the object floating on the surface of the tainted water. In shock, he stumbled backwards out of the stall when he realized that it was a small, metal bolt. How did that get in my stomach? The sudden jolt of pain at the spot he had been scratching earlier ripped his mind away from the discovery. He was in agony from the sensation that shot through his arm. He stumbled over to the sink and grabbed hold of it. He took a deep breath and carefully rolled up his sleeve.

He stared down at the large welt that was clearly visible on his arm. There was something sticking slightly out of it. Another wave of pain hit his arm and he grabbed hold of the sink. He watched as another metallic piece crept its way out of his arm. He tried to take a step back but felt a searing pain coming from his right ankle. In shock Devon lost his balance and fell to the floor.

Ripples of fear shot through him as he grabbed hold of his pant leg and lifted it. Another disgusting welt had formed on his leg, and like his arm, a piece of metal was poking out of it. He let out a cry of anguish and confusion as several more points of pain emanated across his body. Devon hardly noticed the blood that was now trickling out of the welts. The pain had grown so intense that drool seeped from the corner of his mouth. His hands struggled to grab hold of the counter as he felt the pieces of metal protrude further from his skin.

He managed to get to his feet while bracing himself against the sink. His vision was blurry from the pain and his breathing was ragged. Devon stared at his reflection long enough for his vision to come back into focus. He let out another scream, this one in anguish, as the mirror reflected the jagged piece of scrap metal that now engulfed most of his left cheek. Without much thought he reached up and tried to yank it from his face, but only let out another scream of pain when he realized it was embedded in his flesh.

“Are you alright man?” a voice asked.

Devon turned to face the voice and let out a scream of pure anguish.

“Jesus Christ!” the man yelled as he ran out of the bathroom.

Devon reached out in desperation and tried to stop the man. He needed help, but his body didn’t respond as fast as he wanted it to. His body was being weighed down by something.

Devon could tell through the waves of pain that his arms and legs felt heavier. His pain ridden hand grabbed hold of his left sleeve and accidentally ripped it off. He looked at the now almost unrecognizable thing that was his arm. Dozens of metallic wires connected to various pieces of rusted metal were protruding from his flesh. He snapped his head back towards the mirror to see himself. His face was littered with random bolts and wires jutting out of his skin. Barbed wire had wrapped itself down his right arm, and had grown out from a spot on his shoulder.

Another panicked scream ripped from his throat as he tried to run for the door. He could barely move his left leg. Devon looked to see that a giant clump of scrap metal had enveloped the entire lower half of his leg. He pushed open the bathroom door, dragging his leg behind him as he stumbled out into the offices.

His coworkers looked out from their offices and cubicles in shock and bewilderment. Screams of horror and panic sounded through the office as people fled toward the exits. Devon was left to slowly limp after them as he desperately called out for help.

He could feel that the metal had begun to grow into his body and was slowly twisting around his insides. It had become a burden to simply breath since something had been pushed up against his lungs. Something was scraping against his throat which caused him to cough in pain. He felt the object as it continued moving upward, scraping against his throat as it went. “Oh god no!” he whispered as tears began to well up. He let out a frail whimper as the object slid from his throat and to his mouth. It revealed itself as a piece of rebar that grew out of his opened mouth.

Devon was completely unable to move as the metal continued to grow. There wasn’t much point in him doing so anyways. The metal punctured his right lung and made it near impossible for him to breathe. That’s when he felt something move around in his skull. The metal had grown around Devon’s brain, and soon encased it. Devon took in a final, jagged breath as the metal punctured his left lung. He closed his eyes and never reopened them. In a few short minutes there was nothing left of Devon. There was only a large pile of junk and scrap metal left behind. A pile of metal that had been shaped together to resemble the form of a human body.

Radar is a horror movie and novel enthusiast who resides in the small town of Goddard, Kansas. He occasionally dabbles in writing, and enjoys to make dark tales for people to enjoy. He has had drabbles and short stories published in various electronic magazines and anthologies.